in the Department of Communication at Cornell University

The research team at Cornell University has recently created a “Pit Demo” to observe how the sense of “presence” affects us in a virtual world. Participants in this demo are able to freely move around a world that is an exact replica of the lab. Senior research assistant Sydney Smith modeled the rooms in 3DS Max and imported it into Unity 3D. Functionality was implemented by Jason Wu and Daniel Tagle, who wrote scripts to collapse the floor on keypress, allowing participants to see a “pit” appear below their feet leading to the floor of Mann Library below, and pick up and throw objects from the room into the pit.  Below, research assistant Claudia Morris tests out the pit demo.  The plank that she is standing on matches the digital model of the plank in the virtual scene, providing passive haptic feedback. 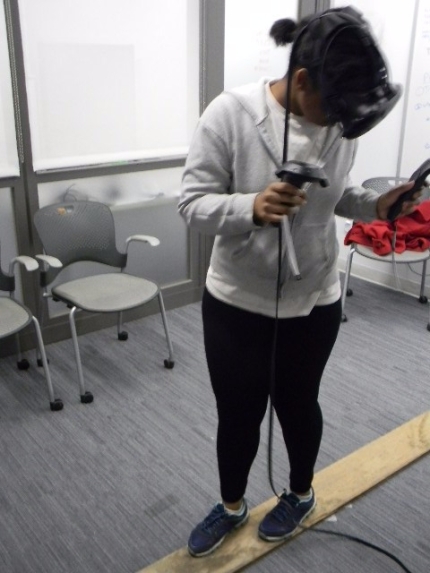 Get to know the under-graduate researchers working on this project 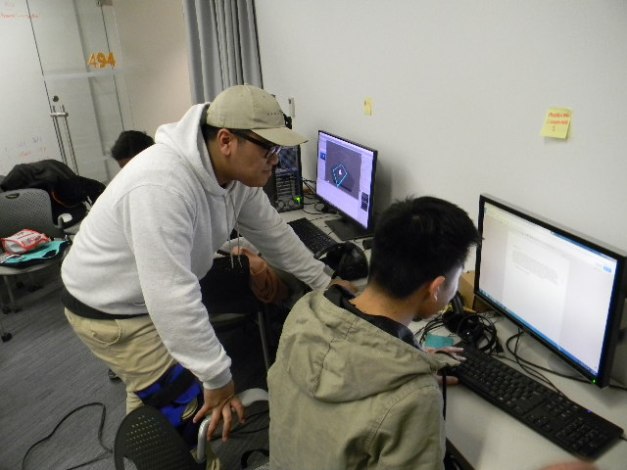 Daniel Tagle (on left) is a senior studying Communication. He’s worked on Perspective Taking in Virtual Reality and now is leading the Pit Demo Team. A research assistant in the lab since September 2016, Daniel originally became interested in working in VR, from being a really big gamer.  He is fascinated with how people can interact with others in virtual worlds. Daniel is looking forward to working with virtual reality for many years to come.

Jason Wu (on right) is a junior majoring in Information Science, with a minor in Architecture. He is interested in the spatial qualities of virtual reality, as well as its potential in facilitating social experiences. He recently competed in HackReality NYC, where his project “Wanderlust” was awarded first place. 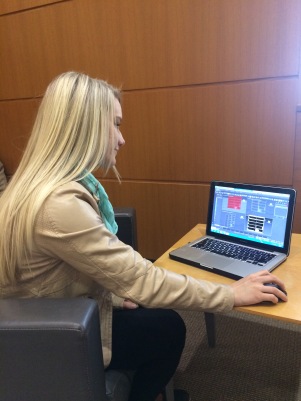 Sydney Smith is a senior majoring Communication with a focus in media studies. Her main role in this project has been the modeling of the lab in 3DS Max, as well as the “Pit” in the demo. She hopes to continue modeling, creating more realistic worlds as well as sharpening her skills as a 360 videographer.